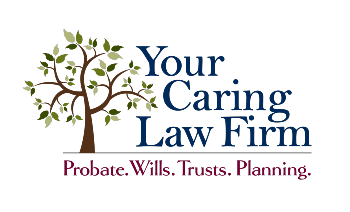 You may already have estate planning documents to ensure that your worldly possessions are passed on in a manner consistent with your values and traditions. But have you thought about planning ahead to spare your loved ones from the painful task of making decisions regarding your funeral arrangements – while they are grieving?

Do you have specific ideas about how you would want your life celebrated?  We encourage our clients to think through all the options. For example, you might prefer a no-frills cremation to a traditional graveside burial. Would you want to be remembered with a solemn religious funeral service followed by a traditional ground burial?  Is a private memorial and burial involving cremation more your style?  Think big. We have clients who are leaving money for a party, described to be “fun, joyful, and full of love, family, friends, and remembrance.” Their instructions include provisions for paying for food, drink, guest travel and accommodations, entertainment, and anything else that will make the party memorable.

Keep in mind that funeral arrangements involve many decisions extending beyond burial or cremation. When loved ones are in a state of shock and experiencing grief following a death, family dynamics often spark and tensions fly. For example, the surviving spouse may not be the parent of the grieving children. Estranged family members may feel guilt and compensate for it by inserting strong opinions as to the proceedings. Multiple siblings may recollect different religious traditions their parent wanted, or disagree on whether to have a traditional service or sponsor Karaoke night with an open bar.

The 2016 sudden passing of Carrie Fisher, followed by the death of her mother, Debbie Reynolds, the very next day, could have posed difficult challenges for the family as it related to honoring each of their respective wishes. But because Carrie and her mother Debbie had previously shared their thoughts about such matters, the outcome was a touching example of final arrangements that truly reflected each of their guiding hands.

Debbie Reynolds suffered a stroke and died while discussing funeral arrangements for her daughter, Carrie Fisher, who had passed away the previous day following a heart attack. Survivors Todd Fisher (Carrie’s brother and Debbie’s son) and Billie Lourd (Carrie’s daughter and Debbie’s granddaughter), agreed on a joint funeral. Both mother and daughter would have her respective wishes honored – Carrie to be cremated and Debbie to be buried with some of Carrie’s ashes. Such cooperation in grief is not always the case.

The Reynolds family will hold a public memorial in March for both actresses. They already held a private memorial service, during which Carrie Fisher’s advocacy for those who battle for mental wellness was recognized when Todd Fisher carried the urn –in the shape of a Prozac pill – holding Carrie’s ashes.  Carrie had written, joked and spoken about her bipolar mental health issues long before these were topics most people were comfortable with sharing.

Stating Your Wishes in Writing

Obviously, the Fisher-Reynolds family knew their loved ones’ wishes. Absent written direction, the spouse, then the adult children, is the next-of-kin charged with making funeral arrangements. The complete list of who would make decisions for your funeral if you don’t plan for yourself is long, extending through the family tree.

It always is best practice to write your instructions for the disposition of your remains and whom you want to have final authority in making your arrangements. We prefer a Statement of Authority to Make Funeral Arrangements separate from your Last Will and Testament for many reasons. First, it is clear. Second, your Will may not be read right away. Finally, your Personal Representative (known as Executor outside of Florida) may be occupied with the rest of your estate, or might not the best person for the task.

If you have definite ideas about your funeral arrangements, let us help you by preparing a Statement of Authority to Make Funeral Arrangements. Communicate your wishes with your loved ones. Pre-plan and pre-pay to ensure your wishes are followed.