HomeBlogStranger Things from Beyond the Courthouse

Stranger Things from Beyond the Courthouse 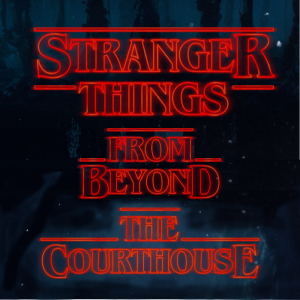 Recent surveys from Caring.com show that only 42% of U.S. adults have estate planning documents. The following cases could have been easily avoided with those documents in place.

(All names in the following case examples have been changed.)

Elizabeth Always Had a Plan

Elizabeth’s son, Steve, came to us in when his mother was becoming forgetful. She had dementia. She had no durable power of attorney or other legal documents. Elizabeth’s estate was valued at about $1.2 million dollars.

We represented Steve, who petitioned as legal guardian from 2009-2015.

In 2015, during moving preparations, Steve discovered all of her estate planning papers in a storage facility! To his astonishment, she did in fact have a durable power of attorney, naming him to act on her behalf. There would have been no court intervention needed if he’d only known about it. She also had a Revocable Living Trust and a Will.

The court matter was closed and his duties as guardian were discharged, since it was no longer necessary. However…his total attorney fees and court costs were over $24,000.

Maggie’s daughter, Sally, came to our office in 2017. Her mother had a Michigan Will, but had “gotten on the bus” here in Florida. Unfortunately, the Michigan Will was not self-proving (not notarized and signed by two witnesses and the testatrix).

If a will is not self-proved, Florida law requires a signature from one witness under oath that they saw the testatrix sign the Will.

Maggie’s Michigan attorney stated that he would fully cooperate and sign the oath in front of a notary. But it wasn’t that simple. He said he never received our letter, took his sweet time to respond to our contact attempts, and then he moved his office and still didn’t receive the next mailing, and then his notary did not notarize the document correctly (Florida law requires that notaries use seals. Michigan law does not.) It goes on and on. Almost six months later, we still don’t have what we need from him. It’s hard to hire good help.

The Florida court is currently unable to accept the Michigan Will into probate, and the probate is currently stalled. Which means the house can’t be sold and nothing else can happen.

Maggie’s Will disinherits all but one child. If her Michigan Will can’t be proven, all of her children will take the estate as determined by Florida probate court.

The point is, make sure there is a Florida will in place for Florida probate.

Just When You Think You Know Someone

Frank and his wife, Sue, are in their 80’s, and they have decided to get a divorce after 20 years of marriage. Sue calls Frank’s son, John, and tells him to pick up his father. She throws his clothes and medicines together and that’s that.

But Frank has the beginnings of Alzheimer’s Disease and no legal documents stating who shall make health care decisions or financial decisions if he cannot. This is known as Pre-Need Guardian document. Sue has her own memory issues.

John petitions the court for legal guardianship of his father, and notices Sue. Sue had been adamant she did not want anything to do with him, but at this point, she ‘lawyers up’ and contests the guardianship.

Meanwhile, Sue sold a piece of real estate owned by Frank and the proceeds have vanished.

The attorney fees for the first year have been over $20,000.

We give our clients a pre-consultation packet that asks for all the details of their situation that they can possibly give us. This allows my partner and I to study their situation in advance, so that we can have a meaningful and specific meeting with them.

Bob came in with the best of intentions, but didn’t fill out the pre-consultation packet. He came to his consultation expressing concerns about his middle-aged disabled daughter. Bob failed to mention an out of state trust that he had with his deceased wife. He did state that he had a Will; but he didn’t bring it.

I gave him a legal opinion based on what he could remember about his Will that was 100% wrong, and not at all helpful to his situation, because he didn’t disclose the trust.

Estate of Lady Bird and Randolph

A brother and sister hired an attorney who knew nothing about the probate world. Six months later, they’d paid her $7,000 and had gotten very little done. They finally fired her and hired us.

It was a pour-over Will that poured into a faulty trust. There was no residuary clause. The attorney that drafted these documents had been disbarred.  (And this is another lesson on why estate planning documents should not be done online or with incompetent attorneys.)

Why had the attorney been disbarred? She was convicted of attempted murder.

Always go to competent, qualified, experienced attorneys for something so important!

What’s in Your File Drawer?

Do you know what legal documents you have and whether you’ve updated them in the last five years?

Any change in your family situation – divorce, death, babies, grandbabies, disabilities – should be considered against existing documents.

Does This Sound Familiar?

“I’ll make an appointment with an attorney when the XYZ situation sorts itself out. We’re in a huge transition and we can’t give the answers to generate a proper estate plan.”

“I don’t have enough assets to worry about. I’ll just draw up my documents online.”

“I have life insurance and I have a durable power of attorney. I’m young and I don’t need to worry about anything else right now.”

Trust us, these are normal procrastinations! But my Stranger Things examples are all from people who saw no need to get a Pre-Need Guardian document in place, or discuss their existing documents with family members, or hire an attorney when they ought to have.

No time is perfect, but with proper guidance, every one of these clients could have saved tens of thousands of dollars and the associated heartache.

Call us today, and we will get your documents in order.

Faced with helping her own aging parents with their elder legal needs, Merrell realized that there was a need for a legal counsel who truly helps clients feel relieved and non-threatened when navigating the estate planning process. Her overall practice areas include estate planning; charitable planning; asset protection planning; family limited partnerships; non-profit organizations; and gift, estate, and generation-skipping tax planning.

We hope you will enjoy our blog as we provide unfettered color commentary and fun observations on everyday events relevant to our practice areas.

For infographics, videos and in-depth reading, visit our Resource Library!